The first is on how communication could be viewed as an act of service (by all sides):

The second are some extemporanous thoughts on the ‘pay-what-you-want’ model vs. the ‘pay-it-forward’ model: 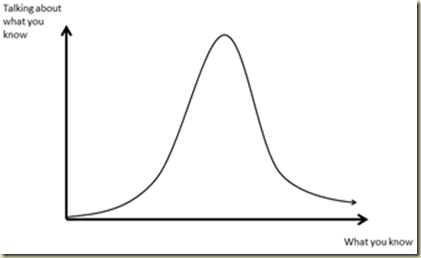 A visual representation of a comment I recently heard :)

I think I’m somewhere in the middle lol…

I always thought of volunteering with CF as more about internal change than external, tried to articulate that thought.

Another discussion on internal change.

‘Benefit’ Corporations, the Future of Business

I just had multiple conversations today with people who told me that business that cared about more than money would never account for more than 10% of the market.  I hope that’s wrong, let’s work to prove it wrong.

No such thing as an inconsequential act

After a wonderful week attending the Skoll World Forum and an impromptu TEDx session, I spent a week in limbo!  I was then stranded in London for a while, and just made it back to New York.  However, got to connect with wonderful folks so a blessing in many ways (and London wasn't bad either).

Wrote up a quick entry on CF blog about how amazing Paul Hawken’s talk was:

After spending a few learning-filled years at McKinsey, I recently decided to move on.  Hard to put into words the gratefulness for the experience.  Of course, the rigor and difficulty that led to the crazy hours and intensity were there, but at the same time there was much to be learned and wonderful people all along the way.  Might share a longer post on my experiences at the organization, but more time needs to pass before I’d be able to have a holistic perspective.

I next will be joining Armonia, a venture capital firm in the nascent field of “impact investing.”  Impact investing is really interesting – it’s basically the idea that society can use capital markets to promote social & environmental benefit (in addition to financial benefit).  So, just like any VC firm, the job here is to look for great ideas that can generate financial returns, but that’s only 1 part of 3.  If you’ve heard the term “social entrepreneur", you’re familiar with impact investing, because those are the folks that are being invested in.  The Monitor Group put out a really great report on this a little while back.

Impact investing matters because it’s so needed right now.  There’s many ways service is provided in this world:

However, even with all of this, there’s a hole.  A lot of times, if someone has a great idea that serves people in a town or a few villages, it’s hard to get more money to do it in other places unless there’s some possibility of financial return for the people putting in the money.  That’s where social entrepreneurs come in.  They create businesses that generate financial return (above 0%) for at least a portion of their investors, thus keeping money coming in and quickly scaling the idea to reach more people in need.

This is why orgs such as Grameen Bank or Kiva thrive.  They seek to help people en masse, in fact, that is the reason for their existence, but they do it by attracting the money of the masses.  There are TONS of people who would give to a good cause if it actually generated money on top of it.  All of this has been in the public sphere since Bill Drayton started Ashoka in the early 80’s, but after Muhammed Yunus won the Nobel Prize a few years ago, it really got a boost.

One of the bigger reasons I’m grateful for joining Armonia specifically is its belief in the patient capital model.  Traditionally, investors come in, get their financial returns, then leave.  This doesn’t work well if you have an entrepreneur who has a really promising idea but would take a little while to develop it.  Investors don’t have the time, so they don’t bother investing.  If this is a social entrepreneur, the world has potentially lost out on a solution that could serve many people.  Patient capital recognizes this hole and solves it by not looking at financial returns in a short-term mindset (this is practiced famously by Acumen Fund).

Because this is a nascent field, it’s unknown what will happen over the next decade.  I believe it’ll become huge, but I also believe it doesn’t matter compared to the internal shift that happens in myself and others from taking on the challenge.  My friend, a successful social entrepreneur, once told me, “You know Birju, I don’t mind going down, but i’m not going to stop putting my full trust in people.  If I go down doing that, it’s not a bad way to go.”  Indeed :)

Why do charitable works?

You see a man on the street.  He’s asking for change.  What do you do?

There’s many reasons to perform kind acts towards others.  Depending on the person you ask, you’ll get a laundry list of reasons.  Perhaps it’s because it makes you feel good, perhaps because you think it’ll help someone, perhaps because it’ll set a good example.

I believe all of these perspectives have merit, and would add one to the list: because I need to change.  I would like to be more connected to my fellow man, feel deeply and be able to serve compassionately no matter what the situation demands.  I’m not there, or even close.  By serving others, or even cultivating the intention to serve, I am systematically rewiring my brain to think in a different way.

After repeatedly building a behavioral habit to perform acts of giving rather than seeking to receive, there are plenty of examples of folks that no longer see the world as I do.  They help deeply, with compassion, almost by reflex.  Not only that, but their service ripples out, with many more impacted.

Where does it start?  I think it starts on the street with the man asking for change.  If you’re looking for the right answer externally, I can’t give you one.  But I do know, that if I look into the eyes of that person, even for a split-second, and cultivate an intention to be of service to him/her, it’s a step along the path to compassion and deep connection. 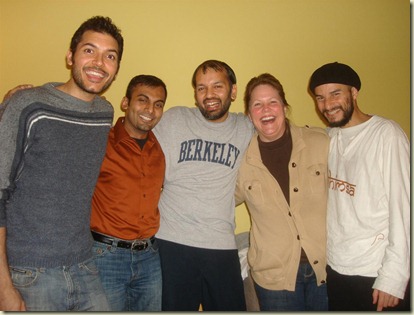