The Top Risk to Human Extinction 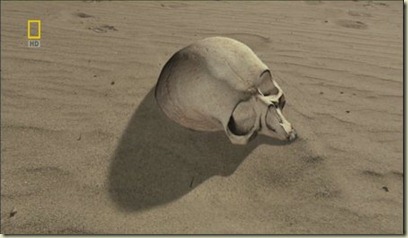 I’m going to cut to the chase. Over the next 100 years, I see about 4 categories of events (that we have direct line of sight to) that can end human life on earth. I have left out many broad categories (artificial intelligence, meteors, sterilization, volcanic activity, etc.) as we have no line of sight as to how those events may happen before 2100.  I’ve outlined them below but don’t think that attacking them directly will lead to any success without deeply understanding the root cause.

‘Climate change’, as broken down in 3 categories that connect in feedback loops to each other

-Biotechnological virus- Creating a biological virus is increasingly becoming no different than creating a computer virus in terms of the coding process. The cost of development and ease of creation continues to fall

-Nuclear emissions/detonations- Still a massive threat considering there are thousands upon thousands out there, uranium is available, enrichment process is less of a black box than ever, and accidental/force of nature errors can occur

All these major issues have plenty of people working on them, in the form of what people believe are the ‘root causes’ – poverty, nation-state conflict, terrorism, slavery, poor policy, faulty systems, etc. However, I see a few causes lying underneath these supposed ‘root causes’:

What I am seeing is

- A lot of people paying zero attention to any of this.

- Very few people focusing on ‘secondary root causes’, which is really about teaching people the golden rule and following it deeply

- Even fewer focusing on the ‘primary root causes’, which is really about developing awareness and equanimity to what is happening in the present moment

I have been working on a couple of the longer-term issues but perceive it as an excuse to work on the primary causes. Whenever I’m asked ‘what can I do to help’, my response is the same – practice meditation. There is a domino effect that comes from bringing awareness to one’s own craving and aversions. It changes EVERYTHING and the virtuous circle is as unpredictable in its harmonious effects as the vicious cycle is in the negative.

The key is in understanding that if primary root cause is not addressed, even if acute risks to humanity are averted today, tomorrow will be an even bigger challenge as the underlying issues have only intensified.  As a side-benefit, focusing on bringing awareness to one’s own craving and aversions makes for a happier life anyways!

With that, I will go meditate :)

You have gotten in down brother :) Those are the only meaningful things to work on. Also, to me--its not about having other people change and have less craving and aversion. It is only about changing myself.

Wow-- just got around to reading this many months after you put it up. Finding myself wanting to share it widely, but now that Buzz is going away, wondering about the right vehicle (esp. given my absence from all online social networks :-) )

And in enablers, the hypothalamus and entire reptilian brain can't be ignored.

Bravo for such a powerful, beautiful post so rich with insight.

Off to the cushion...

Many things in our lives cause us anxiety, which then manifests itself outward in acts of aggression.

Since antiquity, wise men and women have seen this connection, and thus taught us to work towards inner composure, and manifest that in acts of kindness.

But too often the commandments to "be calm, be knd" were seen as nice things to try in our spare time, but only that. In fact, they are not side issues; serenity and service are the heart of the matter. Everything else is comentary.